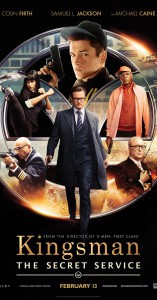 Titles include The Maze Runner, The Devil Wears Prada, Dawn of the Planet of the Apes and Kingsman: The Secret Service, as well as franchises like Die Hard and X-Men.

Thorsten Sauer, head of broadcast and media services, Ericsson, described the deal as a “major milestone” as the company looks to expand Nuvu.

“Through this partnership, Nuvu subscribers will have access to some of Hollywood’s hottest films as part of their package, localised on a market-by-market basis,” said Sauer.

“Working hand-in-hand with some of Africa’s leading mobile phone operators, we believe Nuvu can offer a truly unique content and technology solution that meets the demands of consumers across sub-Saharan Africa.”

Nuvu is an end-to-end SVOD service developed by Ericsson for mobile operators in emerging markets. The service first launched earlier this year in Nigeria through a partnership with Airtel.