Bennett to lead Sky UK and Ireland after rejig 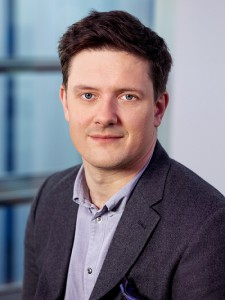 Sky Atlantic director Zai Bennett will now lead the wider Sky Entertainment business in the UK and Ireland after a management realignment.

Bennett takes up the new role of director of programmes at Sky Entertainment, which is similar to the role Stuart Murphy held before exiting last year.

Stephen Ladlow remains in charge of free-to-air channels Pick and Challenge, while head of drama Anne Mensah and director of acquisitions Sarah Wright will continue to report to Sky managing director of content Gary Davey.

For Bennett, the promotion marks a fast rise at the 21st Century Fox-backed satcaster for the former BBC Three controller, who joined Sky as director of US programming-focused Sky Atlantic in 2014. He will remain in control of the network, which offers programmes such as Game of Thrones, The Wire and Fortitude.

Sky Atlantic and Sky Arts schedulder Jamie Morris has been promoted to Sky Atlantic channel editor, and will support Bennett with the network.

“The changes announced today will enable us to have a clearer focus for the content plan in the UK and Ireland, while other members of my team continue to have responsibilities to both the UK and the rest of Europe,” said Davey.

Murphy, effectively Bennett’s predecessor, left his post as director of entertainment channels after six-and-a-half years in October 2015. He has since focused on a television writing career.