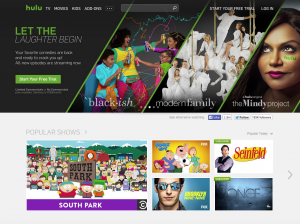 Hulu has acquired the technology behind The Video Genome Project (The VGP), in a deal designed to enhance its content recommendations.

The VGP is a structured database of video content and Hulu said it would combine the proprietary technology with its own recommendation engine to create “a more powerful way to surface the right content to the right user at the right time, in both live and on-demand environments.”

“With this strategic acquisition of The VGP’s technology, we’re gaining important data and personalisation capabilities that will allow us to serve our users even better as we expand into live programming.”

Founded in 2013, The VGP’s technology assigns “genes” to TV shows and movies based on the hundreds of contextual attributes that it recognises in automatically aggregated metadata.

The genes are designed to deliver more insightful and relevant recommendations to the viewer, going beyond genre, cast, writer and director.

Xavier Kochhar, founder and CEO of The Video Genome Project said: “We built The VGP because we always believed that every household deserves the most robust discovery tools, ones that deliver a hyper-personalised video experience that mirrors how the human brain naturally curates content.”

Hulu said it expects to fully incorporate The VGP’s data into its recommendation system by the first quarter of 2017. The deal was completed for undisclosed terms.