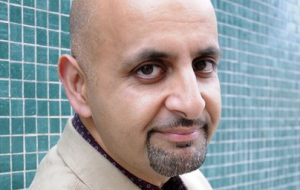 Another long-serving BBC factual exec, Mark Hedgecoe has been named as head of Factual Scotland, which will be based in Glasgow and house a range a specialist and broad factual content, including arts, daytime, documentaries, factual drama, travel and magazines.

Hedgecoe has been with the BBC for 15 years, and was most recently acting head of arts for BBC Studios, which is the new moniker for the BBC’s production wing. He has worked on factual programmes such as The Challenger, The Gamechangers and Operation Iceberg during his time at the Corporation.

His new post will also include a broader non-editorial leadership role covering all BBC Studios activity in Scotland, meaning he will oversee scripted from the territory. He will work with BBC Studios teams at the Glasgow base, working with management and being a point of contact for other stakeholders.

“Mark is an exceptional programme-maker and an energetic leader who lives and breathes factual content,” said Lisa Opie, who was recently named head of BBC Studios Factual. “He will help grow our cross-genre offering in Factual Scotland, encouraging creative collaboration whilst protecting our unique specialisms.”

The BBC said this change would allow Religion and Ethics to “increase the opportunity for cross-genre collaboration”, and would “simplify the existing management structure”.

Ahmed began his career at BBC Birmingham, a regional unit, before becoming deputy editor of documentaries. He then became Channel 4’s commissioning editor for religion and head of multicultural programming, before returning to the BBC in 2009 to run religious and ethical programming. He hasn’t directly commissioned programmes since last year, however.

“The BBC has broadcast some outstanding religious and ethics programming under Aaqil and we are grateful to him for the contribution he has made over the last seven years, both in production and commissioning,” said Mark Linsey, director of BBC Studios.

The BBC is already operating its production wing under the BBC Studios moniker, but the division does not yet have regulatory approval to switch to a wholly-owned, commercial unit that will be able to work for other UK and international broadcasters, as well as the BBC. Currently, BBC Studios can only produce for BBC channels, and is guaranteed at least 25% of all programme commissions. This will change with the establishment of BBC Studios.

Factaul Scotland will make up one of six units within BBC Studios Factual, the others being the Natural History Unit, Popular Factual, Science, Documentaries, and Topical and Live.