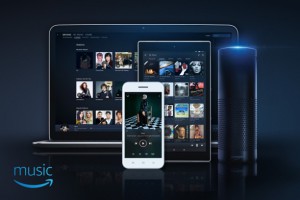 Amazon has rolled out Amazon Music Unlimited to the UK, Germany and Austria, taking on the likes of Spotify and Apple Music.

Amazon Music Unlimited, which was introduced in the US last month, is now available in the UK for £7.99 per-month or £79 per-year for Prime members, or for £9.99 per-month for non-Prime customers.

In Germany and Austria it will cost €7.99 per-month for Prime members, and €9.99 for non-Prime customers.

“We’ve been thrilled with customer reaction to the launch of Amazon Music Unlimited in the US last month,” said Steve Boom, vice-president of Amazon Music, adding that Amazon is excited to bring the service to the UK, Germany and Austria.

Amazon Prime customers in the US, UK, Germany and Japan could previously stream a limited selection of music as part of their Prime package, though this offering featured a much smaller catalogue and the service was not available on a standalone basis.