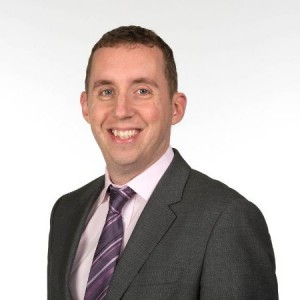 Now TV wouldn’t have succeeded without the backing of Sky, but has benefitted from not using the Sky brand, according to Now TV’s strategy and propositions director.

Speaking at the OTTtv World Summit yesterday, James Alexander said that the major benefit of having both the Sky and the Now TV brands in the market is that they “stand for almost completely different things in consumers’ minds”.

“Then you’ve got Now TV on the other side, which is this much lighter, flexible, no contract [offering]. It’s the good content, but in a way that’s right for you as a customer.”

Discussing the genesis of Now TV, Alexander said that Sky “is the reason why we have been so successful,” claiming that, “as a standalone organisation, we just couldn’t have done the deals”.

“We would not have got all of the content that we have in our service – which has underpinned why we have been so successful – without Sky,” said Alexander.

“We worked very hard to convince the studios and our content partners that putting the content into Now TV was a smart choice,” said Alexander. “It was a difficult message to get across, but we’re there now.”

“The really important thing that has allowed us to be successful is stepping away from the Sky brand. I have a lot of conversations with companies around the world who are grappling with this: do you use the strength of the parent brand, the familiarity it has with it? But it brings its own challenges, which is the massive risk of cannibalisation.”

Alexander said that from a demographics and segmental perspective, it is hard to tell apart new Sky and Now TV customers, other than by attitude and whether they want a “full-fat” service or something a bit more flexible.

Despite this, he said that “only 10% of people who joined Now TV were actually considering joining Sky”, adding: “I think we’re in a position of strength when it comes to the cannibalisation.”

“To a degree, we can make the Now TV proposition a lot stronger and it doesn’t sort of seem to touch Sky much anyway, because we’re such a differentiated brand,” said Alexander.

He added that by bundling Now TV with broadband and other services, Sky is “able to push that combo pack a little bit harder and accept a little bit of cannibalisation because it allows us to win even more in the market.”

Discussing the Sky’s Roku-powered Now TV box as a way into the service, Alexander said this TV experience offers some consistency, but Sky has “only just started the surface” with what it wants to do with the user interface.