Ergen: OTT could be bigger than satellite but carries risks for content 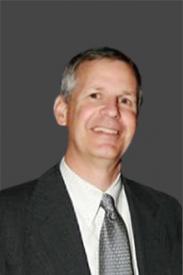 OTT TV has “the potential to be as big or bigger” than satellite TV but carries significant risks of being “disruptive” for the pay TV business, creating an environment that is “so chopped up it is a truly à la carte experience”, according to US satellite pay TV operator Dish Network’s CEO Charlie Ergen.

Speaking to analysts after Dish Networks unveiled its Q3 results, Ergen said that OTT had the potential to transform the economics of pay TV, bringing services to consumers without the need for installers or investment in consumer premises equipment. It could also deliver a truly flexible user experience that could be changed easily, and had the potential to deliver a personalised experience including targeted advertising.

However, he said, by lowering barriers to entry, OTT could produce a situation where ongoing subscriptions become less relevant to consumers, which could have a deleterious effect on the content business.

Ergen said that the ability of OTT TV users to sign up and drop services at will could produce a situation where “content creators are going to end up in a place that maybe will not be so good for them”.

Ergen said that Dish had not seen “a lot of cord-cutting” in favour of its own low-cost OTT service Sling which appealed to a different demographic than the main Dish service. However, he said, cord-cutting in general is becoming a significant issue, which he expected to accelerate with the proliferation of OTT services that include live TV such as Hulu and AT&T’s planned DirecTV Now offering.

Taking a question on the planned merger of AT&T and Time Warner, Ergen said Dish would likely have “some concerns” but would weigh up whether to object when more facts about the deal were known. He said that Dish did have some concerns about DirecTV Now being “zero-rated” on AT&T’s network as being potentially anti-competitive.

Dish Network saw its subscriber base decline by 116,000 in the third quarter, a significantly sharper decline than the 23,000 lost in the same period last year, leaving it with 13.643 million subs, including Sling customers. The company posted revenues of US$3.75 billion for the quarter, up from US$3.73 billion.