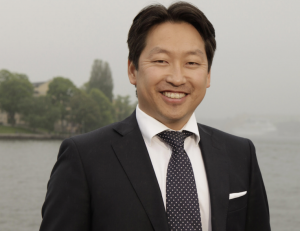 Hermansson has been at MTG since 1999 and is one of the company’s longest serving senior execs, and was tipped as a successor to CEO Jørgen Madsen Lindemann. He will exit in early 2017. He told TBI he wasn’t yet sure of his next move and is not leaving to join another media firm.

The exec joined MTG in 1999 as a management trainee, rising to become COO of the Scandi media business. Since late last year he has been executive chairman of MTGx Ventures as part of the company’s restructuring efforts.

He will remain an advisor to MTG through 2017. In a note to staff sent out yesterday Lindemann paid tribute to the outgoing executive.

“I have really enjoyed working with Mathias,” he said. “He constantly pushes his own boundaries and inspires everyone around him to do the same – exactly the attitude needed to succeed in today’s digital landscape.”

The MTG boss noted the impact that Hermansson has had during his time at the company in his 17 year MTG career.

“Mathias has been a key contributor to our ongoing transformation from a traditional broadcaster into a digital video entertainment company,” he said.

“Today, we are developing three digital verticals – esports, multi-platform networks and online gaming – with the potential to power our business in the years ahead. Mathias’ contribution, in other words, has been extremely important – both to MTG as it is today and to what we will become tomorrow.