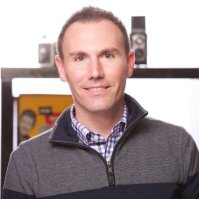 Facebook made a dramatic about-turn with the launch of Facebook Live, moving the social network away from a video strategy focused on licensing content, according to one of its top executives.

Speaking at the OTTtv World Summit in London this morning, Facebook’s head of global product marketing, Matthew Corbin, likened Facebook’s decision to concentrate resources on Facebook Live to an early pivotal decision to stake its place in the mobile market by moving away from HTML5 in favour of a dedicated Facebook app.

“We have this saying: ‘What would you do if you weren’t afraid’? That’s how we ended up with Live. We had an engineer that wasn’t afraid and a company that also wasn’t afraid to say ‘my gosh, we should go over there’, and instead of making a soft turn, apply a bigger rudder and miss an iceberg.”

As Corbin tells it, a single engineer came up with the concept of Facebook Live as a “weekend hack”, but after internal data showed that Live produced a ‘hockey stick’ spike in consumption, Facebook focused its efforts there.

This effectively diverted Facebook’s focus away from developing a video strategy focused around “content acquisition and partnership” – something it had spent some nine months developing internally, said Corbin.

“Most companies would go, well we’ve spent a year or nine months building this thing over here. The reality is we decided to do a ‘Live lockdown’. Every single focus went to Live and the reason that is because of two things: Number one, appointment viewership is not dead. It’s just that not everyone’s sitting around the tele at 8 o’clock at night anymore,” said Corbin.

Facebook formally launched Facebook Live in April and while it has not yet published information about its uptake and use, Corbin said that the eight billion video views that are logged on Facebook each day is “growing rapidly and fast, because of Live”.

Highlighting the importance of mobile consumption and relevancy, he said that mobile is “disrupting everything”, while Facebook’s ability to target people, rather than anonymous web browsers, is “transformative”.

“The consumer is going to be consuming video in a mobile-based world, that’s where they’re headed. We’re not pushing video because we think video is great – the consumer is demanding [it],” said Corbin.

He also described Facebook Live as a way to give people the feeling of immediacy and relevancy: “We had to meet people with relevant content – the world that we’re moving to is around relevancy.”

Facebook is also looking to drive “very relevant discovery” with a dedicated video section for video content uploaded to the site – which is currently in ‘alpha mode’ but is not yet available to all Facebook users. Corbin compared this new Video Home section of Facebook to “channel surfing” for videos that are uploaded to the social network.