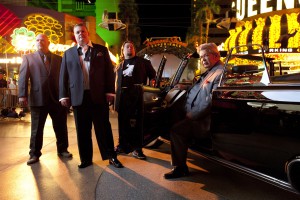 A+E Networks UK has extended the distribution of its UK free-to-air channel Blaze by securing a berth for the channel on free-to-view satellite platform Freesat.

Blaze is now available to Freesat’s 1.9 million homes. The move comes six weeks after the debut of the channel on free-to-air digital-terrestrial platform Freeview.

The deal takes the channel’s free-to-air reach to close to 21 million homes.

Blaze is A+E Networks International’s second free-to-air launch this year, following the launch of Lifetime to 20 million homes in Turkey in April.

Heather Jones, UK general manager, A+E Networks, said: “We are very excited to bring Blaze to a further 1.9 million homes via Freesat.  We are delighted with how audiences are embracing the array of shows on Blaze, with much of our content free-to-air exclusives.”

Alistair Thom, Managing Director of Freesat said: “We are thrilled to add Blaze to our channel line-up. Freesat viewers already enjoy more than 200 TV and radio channels across a range of genres. Blaze will boost our entertainment offering for viewers who want to enjoy brilliant TV without paying a monthly subscription.”

Dean Possenniskie, managing director, A+E Networks EMEA, recently told Digital TV Europe that taking the plunge into free-to-air in a strong pay TV market such as the UK made sense because the company identified an opportunity to use its pipeline of content to target a new audience in a way that did not cannibalise its core pay TV business or threaten its distribution partnerships.

“We were fortunate that with the A+E pipeline of content we could go different ways. We have strong distribution partnerships and we continue to grow our channels,” said Possenniskie. “We value our partnerships highly. Blaze is complementary in terms of windowing, scheduling and the brand, and can be used to cross-promote to content on pay TV like Pawn Stars on History.”

In addition to launching Blaze as a linear channel, A+E has used the launch to debut its first TV Everywhere service in the EMEA region, providing access to Blaze content on a catch-up basis on multiple screens. Possenniskie said the TV everywhere app was downloaded 1,000 times in the first week after its launch.