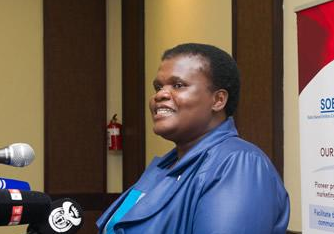 South Africa has begun the process of digital switchover, with the Square Kilometer Array areas of the Northern Cape region the first to switch off analogue broadcasts.

Analogue transmitters covering the towns of Van Wyksvlei; Brandvlei; Williston; Vosburg and Carnarvon were scheduled to be switched off on Friday.

Following the initial phase of the project, analogue signals will be taken off air in phases across the country’s nine provinces, starting with the Northern Cape and followed by the Free State, Limpopo, Mpumalanga, North West, Eastern Cape, KwaZulu-Natal, Western Cape and Gauteng.

Whether the first switch offs mark the beginning of the end of South Africa’s long and tortuous progress towards digital switchover remains to be seen. The process has been plagued by controversy, including a battle over encryption of transmissions on set-top boxes between free-to-air broadcaster E.tv and the government. The commercial broadcaster wanted to ensure that signals – particularly HDTV signals – were encrypted, which was opposed by the government and other broadcasters.

The legal battle over encryption is still ongoing. Communications minister Faith Muthambi is currently attempting to secure leave to appeal a Supreme Court ruling that was seen to be in favour of E.tv and encryption, with a hearing due to take place next year.

South Africa began digital transmissions at the end of last year, dual-illuminating broadcasts in analogue and digital formats. That move came six months after the official ITU-set deadline for the process to be completed.

In addition to the legal battle over encryption, digital-switchover also ran into problems over the government’s plan to subsidise the cost of set-top boxes for low-income families. A plan to subsidise 70% – later raised to 100% – of the cost of up to five million boxes hit the buffers in late 2015 when the government admitted it only had the cash to subsidise 1.5 million devices. The box procurement process has also been the subject of allegations of corruption.

Progress has also been delayed by confusion over which government department was responsible for the process following the division of the country’s communications department into two in 2014. A decision to rely on locally-produced set-tops came under criticism when local suppliers failed to meet government-imposed deadlines.

Opposition telecommunications and postal service spokeswoman last week called for the sacking of communications minister Muthambi and an investigation into alleged corrupt practices relating to the procurement of boxes.