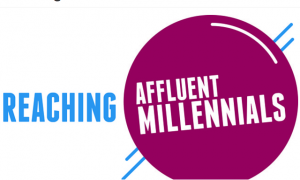 Traits associated with millennials – a key talking point at all TV industry conferences and a central feature in TV companies’ strategic thinking – only really apply to a small subset of that generation, according to the gloss put on research just published by BBC Advertising.

According to the report, Reaching Affluent millennials, there are sharp differences in behaviour and attitudes between the mass of millennials and a subset – about 16% – defined as ‘affluent’, with only the latter demonstrating the traits that have become the currency of industry debate.

In fact, the differences identified seem in fact to be relative rather than absolute, and in any case don’t straightforwardly conform to commonly held beliefs about millennials’ spending and media consumption habits at all.

The report identifies a subset of affluent millennials it calls ‘supercharged’ millennials, which has been incorporated in advertising industry planning tool the Global Web Index. It said that the BBC has 87% total monthly brand reach with this group.

The study was carried out between August and September 2016 and comprised of over 3,000 interviews across 31 countries. The research also included interviews with affluent Millennials across seven markets – Australia, Germany, USA, Canada, India, Singapore and South Africa – conducted by Voxpopme.