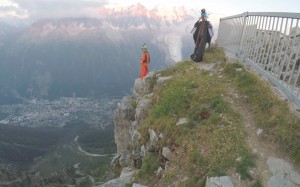 TERN is expanding the reach of INsight TV with the North American launch of the ultra high-definition channel on the SES-1 satellite.

TERN launched its INsight TV Ultra HD and HD channels a year ago across Europe on SES satellites and the North American feed will be beamed to cable and broadcast distribution points throughout the US and Canada.

“Our European launch of INsight TV with SES has been a huge success, and our content trials have certainly indicated that our unique programming concept will be equally popular with the introduction of our 24/7 channel across North America,” said TERN CEO, Rian Bester.

The North American feed will originate from SES’s MX1 playout centre in Munich and will be uplinked to SES-1 from SES’s teleport in Maryland.

INsight TV is the latest in a series of channels to join SES’s 4K ultra HD distribution neighbourhood aboard a trio of satellites – SES-1, SES-3 and AMC-18 – that provide coverage over North America.

“Television viewers across North America are buying Ultra HD TVs at a record pace and increasingly asking for compelling UHD programming choices such as featured on INsight TV,” noted Steve Corda, vice-president of business development for SES in North America.

“We are very excited to play such an integral role in TERN’s plans to reach new audiences around the world, as we help to accelerate the delivery of Ultra HD to homes throughout North America.”

Earlier this year, Mariam Zamaray exited her post as TERN’s chief executive, with former COO Bester stepping up to replace her, initially on an interim basis.