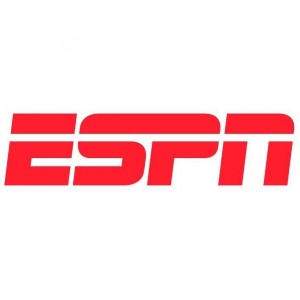 ESPN has signed an exclusive deal with African sports broadcaster Kwesé to launch the ESPN channel in 19 countries across the continent.

Under the deal, which comes into effect in early 2017, thousands of hours of ESPN content will be licensed to telco Econet Media-owned Kwesé, including live sports and original programming.

This will be broadcast on both an ESPN-branded channel and on the Kwesé Sports network in countries across Sub Saharan Africa, excluding South Africa.

By mid-2017, ESPN and Kwesé also plan to jointly launch an African edition of the ESPN website, KweseESPN.com, along with an accompanying mobile app.

The website and app will combine ESPN’s digital platform and coverage of global sports with Kwesé’s local African sports news and analysis.

The deal marks ESPN’s return to the African market after it made a strategic decision to close down its TV networks there in 2013. It previously broadcast ESPN and ESPN Classic on the MultiChoice’s DStv platform.

“Ultimately our goals are the same, to bring fans the best in global sports,” said Joseph Hundah, CEO of Econet Media.“The synergies between Kwesé and ESPN allow us to achieve that goal by leveraging our collective ability to deliver premium African and global sports programming to sports fans across Africa.”

ESPN International’s executive vice-president and managing director, Russell Wolff, said: “ESPN’s focus around the world is simple: to serve sports fans. This long-term collaboration across television and digital media will do just that – serve millions of sports fans across Africa with exceptional products, content and coverage.

“We are very excited about the opportunities that lie ahead as we bring ESPN’s great content, including SportsCenter, and decades of experience in sports media together with one of Africa’s most dynamic and vibrant companies.”

Programming covered by the deal includes US college football, major US college basketball, boxing, the Verizon IndyCar Series and the X Games.

ESPN will also produce daily SportsCenter updates for Africa and the agreement will include ESPN Films’ 30 For 30 documentaries, and a range of additional studio programming such as The Interruption, Around The Horn and College Gameday.