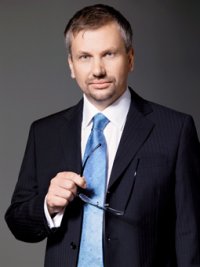 Satellite television has a long-term future in the Polish market but operators also have to adjust to cater to viewing on mobile devices among younger consumers, according to Dariusz Dzialkowski, CTO of leading Polish pay TV provider Cyfrowy Polsat.

Speaking at the Digital TV CEE event in Budapest this morning, Dzialkowski said that despite some moves to deliver fixed connectivity to non-urban areas, it remains the case that it makes little economic sense to invest in infrastructure in large parts of rural the country. “We think satellite will have a long term future in Poland,” he said.

Dzialkowski said that major cities covered by fixed line networks only account for 30% of the Polish population.

Dzialkowski said that pay TV players nevertheless have to adapt to changing viewing habits. Multiscreen viewing is one key development, with increasing consumption via smartphones. “This means multitasking,” he said. “People use smartphones to see what other content they can watch and to share content.”

Cyfrowy Polsat has observed that cloud-based streaming is increasing rapidly in response to this shift. However, he said, “the TV will last, if a little bit less used than today”.

To address the shift, Cyrfowy Polsat delivers services via its mobile network Plus. “Today in Poland we have more than 40 million mobile phones, half of which are smartphones.”

Dzialkowski said that securing local content would be key to customer retention in the future. Delivering services to smartphones would also be crucial. “Our competitors are not just pay TV operators but telecommunications providers. Today they have no content but sooner or later they will come to this,” said Dzialkowski.

Dzialkowski said that Polish pay TV operators also face some additional challenges and risks as a result of internet players entering market. In addition to Netflix, which this month revealed that it would invest in localising its service in Poland, there are three local OTT players, including Cyfrowy Polsat itself.

Dzialkowski pointed out that Cyfrowy Polsat produces 33 channels in-house and licenses an additional 130 channels. The company distributes its content via digital-terrestrial TV as well as satellite, the internet and mobile.

Despite the growth in non-linear and multiscreen viewing, Dzialkowski said that distributing to the TV via satellite remains at the core of Cyfrowy Polsat’s strategy.

“The set-top box provides the best user experience,” he said. Polsat recently introduced an eight-tuner STB from ADB that enables viewers to record multiple channels as well as providing features including fast-channel change that differentiate satellite in a positive way from online TV. “This [fast channel change] is difficult via the internet. A multi-tuner STB is a great solution for the market, although you also have to address PCs, tablets and smartphones. There are hundreds of smartphones to address and it is really complex,” he said.