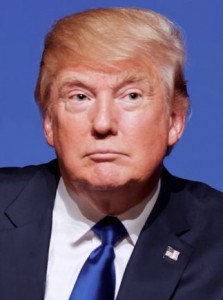 US presidential candidate Donald Trump could launch a cable or OTT news net, according to numerous reports out of the US.

The Trump campaign ran a Facebook Live event on Wednesday, as the third and final presidential debate between Trump and Hilary Clinton took place, in what many commentators said was a dry run for a fully-fledged news channels.

The UK Financial Times reported that Jared Kushner, Trump’s son-in-law, has approached a ‘top media dealmaker’ Aryeh Bourkoff to talk about setting up a cable net.

The Trump campaign has denied it planning to launch a channel, but the success of its Facebook live stream, and the TV level production values, fuelled the gossip.

The streamed event was also presented in a TV news format, and even broke away for a commercial break at one point, in which Ivanka Trump issued a fundraising call.

The core debates have been streamed on YouTube and Facebook, breaking viewing records. The Trump campaign’s Facebook Event has a pre-debate panel session and then a post-debate conversation about the candidates’ performance.

Trump advisors Cliff Sims and Boris Epshteyn presented the show from the campaign spin room. It had a reported peak audience of 200,000 and had been seen by over 8 million people in total.

A Trump news net would be lining up against Fox News in terms of its conservative agenda and positioning. The former lost its longstanding chief Roger Ailes earlier this year amid a scandal.

The FT reported that several of Fox’s big name presenters have clauses allowing them to leave the channel in the wake of Ailes’ exit, leading to further speculation they could align themselves with Trump.