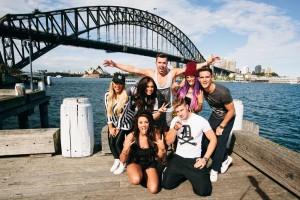 UK pay TV platform Virgin Media has renewed its deal with Viacom, securing carriage for channels including MTV and Nickelodeon.

The cable platform has secured the channels for an unspecified multiyear period. As well as the MTV, Comedy Central and Nickelodeon linear channels, the deal covers catch-up and box set rights.

Virgin Media and Viacom, owner of Channel 5, have agreed a new multi-year programming deal in the UK and Ireland.

The kids catch-up content will also include programming from Channel 5, the UK free-to-air channel that Viacom owns.

Catch up titles include Geordie Shore (above) and Inside Amy Schumer from MTV and SpongeBob SquarePants and Paw Patrol from Nick.

The Spike linear channel will also roll out on Virgin for the first time.

David Bouchier, Chief Digital Entertainment Officer at Virgin Media said: “This agreement with Viacom means our customers will not just continue to have access to some of the very best TV from MTV, Comedy Central, Nickelodeon or the newly launched Spike, but can now enjoy even more programmes on demand – whether on TV or mobile.”

Arran Tindall, SVP, Commercial and Content Distribution, for Viacom International Media Networks, added:  “We’re delighted to be partnering with Virgin Media to make content from all our branded networks available on every screen and both on-demand and on-the-go.”