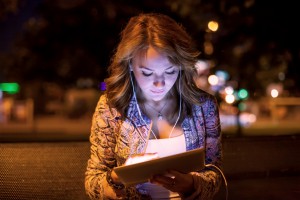 People are watching more content than ever before as mobile viewing time moves closer to an equal split with fixed TV viewing, according to new Ericsson ConsumerLab research.

In stats revealed at MIPCOM this week, ahead of the publication of its latest TV and media report, Ericsson said that the ratio between viewing on fixed screens such as TVs and desktops and mobile screens is close to 60:40 this year -compared to almost 70:30 in 2010.

“Overall viewing hours is increasing year-by-year – so people watch more now than they have ever done. But we are also seeing how viewing on fixed screens and viewing on mobile and portable screens – that proportion is changing.”

“Smartphone viewing has gone from only 6% back in 2010 – this year it as much as 15% out of the total viewing,” said Erlandsson.

“What is really happening is there is an addition because mobile viewing is done on top of everything else. So people are doing more viewing than they have ever done before.”

One in three millennials aged 16-24 also said that portable screens are more important for video consumption than their home TV, according to the research.

Scheduled linear TV has lost 8 percentage points in share of total viewing time over the same period, but is still roughly twice as big as any other type of video consumption.

Viewing of TV and movies is up 100% since 2011 while the average household now uses 1.5 scheduled linear TV services and 3.4 video-on-demand services, according to the research.

Ericsson has published its ConsumerLab media report annually since 2010. This year it polled 100,000 respondents and said that the research represented the views 1.1 billion people across 40 countries and 15 ‘megacities’.