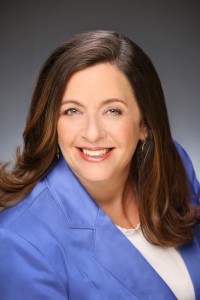 YouTube has commissioned a raft of new content for its subscription service YouTube Red, following a commissioning strategy that aims to tap into the popularity the site’s home-grown stars.

Speaking at MIPCOM yesterday, YouTube’s global head of content, Susanne Daniels, said that the Google-owned video service’s goal is to be “uniquely YouTube” and to not mirror Netflix or Amazon by “bringing TV to digital”.

“Our thesis is simple: Identify YouTube’s most engaging stars and top genres, and invest in the content that fans tell us they want. In other words, let our community drive our content,” she said.

Among the new content announced for the platform was Impulse, a sci-fi drama about a young girl who discovers her ability to teleport away from danger that will feature “top YouTubers”.

YouTube is working with Universal Cable Productions on the show. Lost writer Jeff Lieber will write and produce while Bourne Identity director Doug Liman will direct.

YouTube announced a new half-hour scripted comedy series about a newly-formed team of eSports players. The series will feature YouTube stars Dan Avidan and Arin Hanson from the Game Grumps channel and will be produced by Starburns Industries.

Pro wrestler-turned actor, Dwayne ‘The Rock’ Johnson – who has 1.3 million YouTube subscribers – will make a show for YouTube Red with Studio 71 and Corridor Digital. The Rock will executive produce the half hour action series, about a life insurance company that send its agents forward in time to prevent the accidental deaths of its clients.

“Over the last year, we’ve seen our original series become one of the leading drivers of YouTube Red subscriptions, with viewership that rivals cable shows in the US,” said Daniels.

“Over half the time people spend watching Originals is on their mobile phones. And in the living room, we’re seeing Red members watching over 75% percent more YouTube on their TV’s than the average YouTube viewer.

“We’re also seeing a virtuous cycle between YouTube Red and our ad-supported experience, with creators featured in Originals seeing a significant boost in YouTube subscribers and watchtime on their main channels as well – often from new fans.”

Last October YouTube unveiled YouTube Red, a US pay-monthly offering that lets viewers access an ad-free version of the service and watch videos offline on phones and tablets.

In April, Google CEO Sundar Pichai said on Google’s Q1 earnings call that YouTube was going to work on “a lot more original content” throughout the year for YouTube Red.