Regional SVOD players can prosper by focusing on localising their offerings in the different markets in which they play, MIPCOM attendees heard this morning. 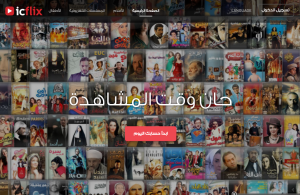 Localisation, including catering for local bandwidth challenges as well as local contnet tastes, was crucial to Icflix’s international rollout, according to CEO Carlos Tibi, speaking on a panel of regional SVOD players. The Arab region is not a monolingual region, with different dialects and accents requiring a degree of localisation, said Tibi, who added that icflix had succeeded in licensing a significant amount of US content and versioning it for local audiences.

“People are also very bandwidth sensitive and price sensitive,” said Tibi, who added that hsi company had been forced to team up with a large number of telcos across the region to make its  service more widely available. Per capital income varies hugely between countries in the region, he said

Icflix has commissioned original content, including an Islamic State-focused drama. “We decided to shoot it in three different languages,” said Tibi. “Original content is a key element to our success,” he said.

Also speaking on the panel, Janice Lee, MD, PCCW Media Group, said that PCCW had to adjust its model to the 17 markets it operates, ranging from Indonesia, where there is little pay TV, to Hong Kong, where penetration is high, according to Lee.

Lee said that PCCW had to get content out quickly to stay ahead of the pirates, who she identified as the company’s chief competition. As in Africa, broadband is not ubiquitous and mobile distribution is important. However, data charges are a key issue, she added.

Bola Ogidan, MD of African SVOD provider iROKO, said that Nigeria’s Nollywood industry produces thousands of movies a year and is a huge industry, but it is very local. Nollywood is only about 20 years old and movies tend to be produced on a very small budget, he said. IROKO had decided to license this content.

“The great thing about Nollywood is that a lot of the stories traverse across different African regions, even though it is very Nigerian and Ghanaian,” he said.

Mobile penetration in Nigeria is high, and 50 million people now have smartphones, a far higher proportion than have TVs. “This means you can produce high quality content for mobile distribution,” said Ogidan.