Content companies are looking to a much wider variety of ways to source and make money from content as traditional advertising-based models come under pressure, MIPCOM attendees heard this morning. 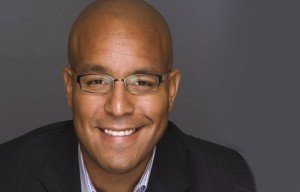 Sean Cohan, president international and digital media, A+E Networks, said that his company was looking to embrace branded content and invest in new formats that could be pushed out via a variety of distribution channels. He cited the company’s investment in branded content unit 45th and Dean as evidence of a growing trend to look for new ways to make money from content.

Cohan said that 45th and Dean was focusing on new forms of mid-length content. “What was important for us was to market our shows and our brands, provide advertisers with interesting creative solutions and learn and test things. There are ways to pilot things today that didn’t exist before.”

One of 45th and Dean’s functions is to come up with formats and play with them and then A+E will push out the content via non-traditional distribution platforms, he said.

Cohan said that A+E sees a blurring of genres between scripted and unscripted content and a blurring of lanes in which content is created. “There is a lot of genre bending and a lot of diversity and different viewpoints and creative angles coming to the fore,” he said.

Cohan said that data was becoming increasingly important in determining what content A+E invested in. He said that this was not entirely new: A+E shows Vikings and Ice Road Truckers had already been data-driven successes. At that time, the company had more rudimentary data available however, he said. Today, the A+E has the ability to understand what is popular to use as a guide to create content. “But that has to be paired with the creative chops to build a great story,” he said.

Howard Owens, founder and co-creator of production outfit Propagate, speaking on the same session, said that new channels were emerging as well as new ways of sourcing content. He said horror series Lore for Amazon had developed out of a podcast. “This is about real-life scary stories. We created a hybrid scripted/non-scripted show and Amazon stepped up in a very confident way. It is incredibly exciting,” he said.

Owens said that the ad supported model was now a challenged one but added that there are brands that are willing to look at new models and new forms of creative partnerships.