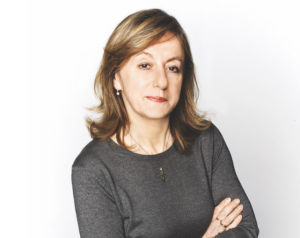 TRX is looking to add movies to the TV content on its soon to launch rights trading platform.

The platform, which received funding from Sky and Channel 4 in its latest funding round, was conceived as a way to buy and sell TV rights.

David and Matthew Frank are behind the service and have assembled a team of seasoned execs, largely from the TV business. One of these, former ITV and Shine distribution chief Nadine Nohr, will spearhead the push into features.

Nohr, a TRX board member, told DTVE sister title TBI: “Adding film and other types of content to TRX is a natural extension to the TV content already launched on the platform, and this is something we’re exploring in response to the current market demand

“We’re keen to offer the TRX experience, which enables entire TV rights licensing deals to be completed online, to all types of buyers and rights holders.”

Nohr will be working with Jennifer Buzzelli, senior VP North America Acquisitions for TRX, and independent media consultant and former ITV buyer, Jay Kandola, who also consults for Foxtel Australia in the UK.

TRX is in live testing mode at the moment and will roll out globally next year. The move into film came about as a result of talking to clients and potential clients, David Frank told TBI.

“It’s being led by Nadine and came about because of two things,” he said. “Buyer demand – they want movies, and on the sell side we found that rights holders could make them available.

“There was a misapprehension that films are a different commodity, and while you do need to tweak things, that process is not as dramatic as we thought.”

The live beta test is taking place across a chunk of Asia and central and eastern Europe, with more countries to be added by year-end.

Distribution partners include All3Media International, Hat Trick International, Sky Vision and Sesame Workshop and Frank said there will be over 1,000 buyers registered  ahead of the full launch.