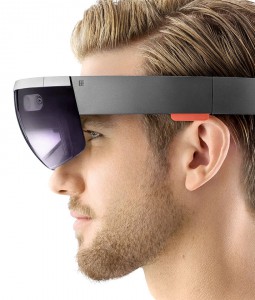 HoloLens, which is launching this week in four European countries – France, Germany, Ireland and the UK – with deliveries expected in November, provides a view of the real world overlaid with virtual objects in the form of holographic-type images.

While Portugal is not in that list, Nos says that customers with the holographic spectacles will be able to enjoy mixed reality experiences via its dedicated online TV app.

Comparing the experiences it would enable to the Hollywood movie Minority Report, Nos said that users would be able to manipulate the content they are watching, for example by jogging alongside a holographic image of House of Cards’ Frank Underwood or turning their living room into a Game of Thrones set.

Pedro Bandeira, product development director with Nos, said that he believed “augmented reality will have a promising future” that would bering to market “an even more immersive experience with the widest variety of content”.

He said that Nos’s launch made it the first operator to develop an augmented reality service in Portugal and one of the first worldwide and added that the launch was “the first step on a journey that will bring our customers more functionality, more flexibility, more information and more content, wherever they are and in a total personalised way”.

In addition to the four European markets mentioned above, HoloLens is available for pre-order in Australia and New Zealand.

Microsoft first announced HoloLens in January 2015 and made it available to developers and commercial partners in the US and Canada in March.

“When we set out to pioneer the mixed reality category we knew that many of the best innovations would be discovered when others got their hands on the technology. It has been quite inspiring to see what our partners have built and what individual developers have created. Together, we have only scratched the surface for what mixed reality can do. I can’t wait to see what happens next as we welcome these new countries to our holographic landscape.”

In the UK, the BBC announced in September that it was experimenting with holographic TV, with head of digital partnerships Cyrus Saihan suggesting that the launch of Microsoft HoloLens and Google-backed Magic Leap could give impetus to mixed and augmented reality experiences.