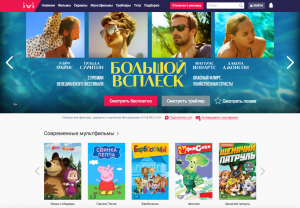 Russian pay TV operator NTV+ has teamed up with OTT subscription video-on-demand movie platform Ivi to offer the latter’s service via the hybrid OTT set-top box it will launch next month.

The deal with Ivi will give NTV+ customers with the box access to the SVOD service, making over 10,000 Russian and international movies, TV series and animated titles available to those who sign up.

NTV+ has struck a revenue-share deal with Ivi.

The company said it planned to expand Ivi’s offering of on-demand movies and TV shows further in the future by integrating the libraries of other rights-holders, including that of NTV+’s owner, Gazprom Media.

NTV+ CEO Mikhail Demin said that his company wanted first and foremost to provide the most complete offering of high-quality content and to enable users to personalise their consumption of content on its service.

Alexander Makarov, deputy CEO of Ivi, said that the deal would provide access to the largest catalogue of VOD content in Russia along with the opportunity to deliver additional services. He said that the integration of Ivi with the NTV+ platform would be completed in less than one month.

NTV+ revealed its plan to launch a hybrid satellite-OTT TV box in September as a joint project with the technology arm of Gazprom Media. The device will be manufactured by Korea’s Kaonmedia with NTV+ branding.

Demin said at the time that he expected the box to account for 10% of all new box sales, growing to 50% by the end of this year.