Ericsson Q3 results to be ‘significantly lower then expectations’ 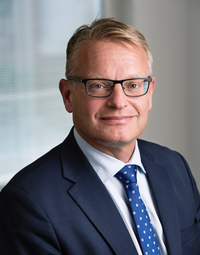 Ericsson has warned that its third quarter results will be “significantly lower than company expectations”, a week after it said it would cut 3,000 jobs in Sweden.

Announcing its preliminary Q3 results, Ericsson said that negative industry trends from the first half 2016 have “further accelerated”.

It noted weaker demand for mobile broadband – especially in markets with a weak macro-economic environment like Brazil, Russia and the Middle East – and said that capacity sales in Europe were also lower following completion of mobile broadband projects in 2015.

Sales declined by 14% year-on-year to SEK 51.1 billion (€5.25 billion), driven by slower development in its ‘Segment Networks’ division – which provides network infrastructure needed for mobile and fixed communication – where sales dropped by 19%.

Operating income fell by a massive 93% year-on-year to SEK300million, including restructuring charges of SEK 1.3 billion.

“Our result is significantly lower than we expected, with a particularly weak end of the quarter, and deviates from what we previously have communicated regarding market development,” said Ericsson president and CEO Jan Frykhammar.

Frykhammar, who stepped in as interim CEO in July following the departure of previous chief executive Hans Vestberg, warned that current trends are “expected to continue short-term”.

He said that Ericsson would continue with its ongoing cost programme and “implement further reductions in cost of sales to meet the lower sales volumes.”

Ericsson last week announced it would reduce its Swedish headcount from 16,000 employees to 13,000 as part of its cost-saving efforts.

Roughly 1,000 jobs will be cut in production, 800 in research and development and approximately 1,200 in other operations – including sales and administration.