Eutelsat partners up for new satellite over Europe, North Africa 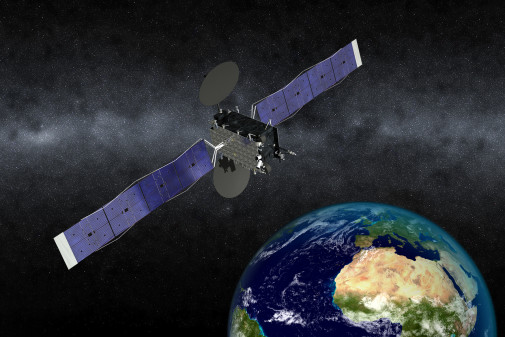 Eutelsat has named the partners that will help it to build its new Eutelsat 5 West B satellite, which will serve mainly video markets in Europe and North Africa.

Airbus Defence and Space will build the satellite’s payload while the platform will be manufactured by Orbital ATK, Eutelsat announced.

The new satellite is designed to provide business continuity and improved quality for the predominantly French, Italian and Algerian broadcast markets that are currently served by Eutelsat 5 West A satellite.

Eutelsat 5 West B will have a Ku-band payload of 35 equivalent 36 MHz transponders connected to three service areas, as well as switchable transponders to increase commercial flexibility.