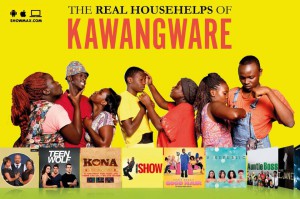 The video-on-demand outfit has teamed up with mobile telecom operator Safaricom to launch the service, which will offer two packages targeted at users in the East African country.

ShowMax Premium will be available for KES880 (€7.70) a month, offering a full range of international and local content, while ShowMax Select, priced at KES330, will be specifically mobile-targeted and will provide a ‘data-optimised’ offering that provides a range of local content with payments made via the widely used M-PESA mobile payment system.

According to ShowMax, the Select offering can provide data savings of up to 75% on the normal consumption required for mobile video. Kenya will be the first country where ShowMax launches the second-tier offering.

Content on the service includes local shows such as Real Househelps of Kawangware, Churchill Live, Auntie Boss, and Kona, as well as international series including Mr Robot, Brooklyn Nine-Nine, Blue Bloods, and The Good Wife.

The company says that, if the result is positive, the Kenyan launch will serve as a model for further expansion in Africa, with local services launching in a number of other territories.

“We don’t believe in one-size-fits-all solutions. Kenya has different needs and tastes to other countries and deserves something designed specifically for Kenyans. ShowMax is the first international internet TV service that’s priced in KES and paid for using M-PESA. It’s the first to put strong emphasis on local content including having sports clips. It’s the first to be optimised for mobile usage, reducing data consumption by as much as 75%. And it’s the first to deliver all of this at an affordable price point,” said ShowMax founder and former DStv CEO John Kotsaftis.