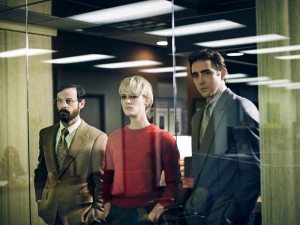 AMC is extending its reach in Croatia and Bulgaria thanks to a deal between AMC Networks International (AMCNI) – Central Europe and Telekom Austria Group.

In Bulgaria distribution will be extended to mobile operator Mobitel and cable operator Blizoo – both of which are owned by Telekom Austria.

“We have reached a long-term agreement with Telekom Austria Group that recognises the value of AMC and its award-winning and high-quality programming,” said Balázs Hajós, AMCNI CE regional director, affiliate sales.

“We look forward to providing AMC’s acclaimed programming to Telekom Austria Group’s customers, such as the upcoming premiere of Halt and Catch Fire’s third season. We will also provide AMC HD to the Group in December 2016 and further extensions of the cooperation will follow in 2017.”

Franz Bader, director wholesale international sales at Telekom Austria Group, said: “We welcome this agreement with AMC, enabling us to break through Croatian and Bulgarian boundaries and deliver new and high quality thematic content to a wider CEE region.

“Telekom Austria Group´s broadcasting services function as a shortcut to the Pay TV world, offering these award-winning shows to a larger audience in our markets.”

AMC launched outside of North America in late 2014 and is now on subscription TV platforms in more than 125 countries and territories across Europe, Latin America, Asia, Africa and the Middle East.