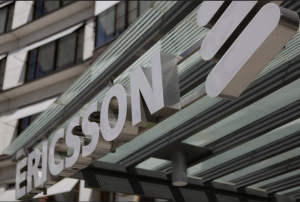 Ericssson is due to cut 3,000 jobs in Sweden, reducing its headcount from some 16,000 to 13,000 employees as part of an ongoing “cost and efficiency programme”.

Ericsson said that roughly 1,000 jobs will be cut in production, 800 in research and development and approximately 1,200 in other operations – including sales and administration.

The cuts will be made through a combination of voluntary and forced redundancies as well as other measures such as outsourcing. Union consultations about the proposed changes ongoing, according to the company.

Ericsson president and CEO, Jan Frykhammar, said that the company is going through “a large transformation” but will continue to have a strong focus on R&D and software development and services – rather than hardware production.

“The measures are necessary to secure Ericsson’s long term competitiveness as well as technology and services leadership.”

The proposed reductions will impact operations in Göteborg, Karlskrona, Linköping and Stockholm, and “significant” cuts in operations will be made in Borås and Kumla.

Ericsson said it will also make general cost reductions and take out “external costs”, primarily by reducing the number of consultants in Sweden by 900, but also by making general reductions in operating expenses.

“We have a clear goal that our R&D in Sweden should be world leading, not least in next generation systems,” said Ericsson’s chief strategy and chief technology officer, Ulf Ewaldsson.

“In the short term we have to reduce the number of positions in R&D, primarily within administrative roles. At the same time our intention is to bring in new competence in new technologies. Therefore, we intend to recruit approximately 1,000 engineers in Sweden, primarily from universities, over the coming three years.”

The news comes after former Ericsson CEO Hans Vestberg stepped down in July, ending a 28-year career at the company. CFO Jan Frykhammar stepped up to replace Vestberg on an interim basis until a permanent successor is named.