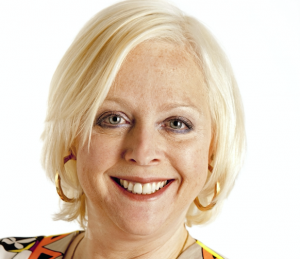 Viacom has hired Sarah Muller to run its kids programming at Channel 5. The new recruit is joining from UK pubcaster the BBC where she is creative director – scripted, animation, coproduction & feature film.

She will oversee commissioning and acquisitions at the free-to-air net, which Viacom acquired in 2014, and places her in charge of the Milkshake kids block. She joins in late November.

“Sarah has a wealth of experience in the children’s television industry across both live action and animation and her expertise will help us grow Milkshake into the leading pre-school destination for British families,” said Dunthorne.

“2016 has been one of the most successful years in Channel 5’s and Milkshake’s history and we are confident that with Sarah’s appointment, the pre-school strand will continue to go from strength to strength.”

Before joining CBBC, Muller was managing director at Elephant Productions and produced shows including Grizzly Tales For Gruesome Kids for CiTV.

She joins Channel 5 as it increasingly works with Nickelodeon. The two are coproducing Nella the Knight, while Channel 5 show Wissper now runs on Nick US. Milkshake runs from 6.00-9.15 on weekdays and 6.00-10.00 at weekends.