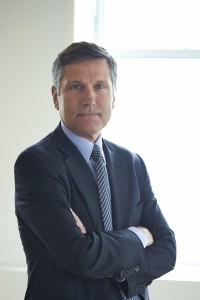 NBCUniversal has highlighted the opportunity to grow its international business to put it on more of an equal footing with its big US media rivals.

Speaking at the RTS London Conference – Full Stream Ahead this morning, NBCUniversal CEO Steve Burke praised the company’s UK production arms, Working Title and Carnival, describing the UK as “a huge, huge market for us”.

“One of our central ideas is we want to be the best place for talented people to bring their great ideas,” said Burke.

“My prediction is more and more of that will be international. NBCUniversal and Comcast, we are less international than [Fox], the Walt Disney Company or Time Warner, and I look at that as an opportunity.”

Also speaking at the RTS event this morning, Kevin MacLellan, NBCUniversal chairman, global distribution and international, described technology as “the great instigator of media” and said that broadband penetration had been an major enabler for a new age of media.

“Eighty-six per cent of the UK households now have fixed access. In five years UK smartphone ownership has grown from 18% to 67% and what has emerged from this connectivity is the application of TV everywhere,” said MacLellan.

NBCU made its first move into UK independent production sector in 2008 by buying Carnival, which went on to create hit drama series Downton Abbey.

Working Title TV is based in London and Los Angeles and is responsible for shows including London Spy, Yonderland and You, Me and the Apocalypse.