Amazon gets local movies ahead of Prime India launch 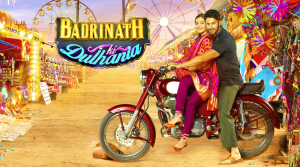 Amazon has inked a deal with Indian movie producer and distributor Dharma, that gives it a raft of local movies for its Prime Instant Video service, which is about to launch in the country.

Amazon is ramping up Prime, with the Indian launch expected to be the precursor to global expansion. The streaming service is currently available in the US, UK and Germany.

The Dharma deal give Amazon exclusive SVOD rights – albeit in a country with few SVOD services – to a slate of Dharma’s library features, as well as all of its upcoming releases.

Nitesh Kripalani, director and country head, Amazon Video India said: “We know our Prime members are going to love the broad selection of films and stories – everything from soulful romance to heartfelt and funny family stories – that Dharma does so well.”

“We have kept a close eye on the explosion of digital media, and the increased consumption trends of Bollywood content on Video-On-Demand and OTT Platforms”, said Apoorva Mehta, CEO Dharma Productions.

“We are confident that partnering with a credible brand like Amazon will go a long way in ensuring that our content will not only be seamlessly streamed, but will also see a huge demand from users of Prime Video.”

Indian pay TV execs have been dismissive of the threat of Netflix and Amazon as they enter the TV space, suggesting they are expensive options compared to cable, and that local viewers will not gravitate to services heavily programmed with US content.

Both of the US streaming services have, however, been seeking to add more local fare, with the Dharma deal the latest example. Netflix is touting its efforts to localise, claiming to be fully local in Poland and Turkey.