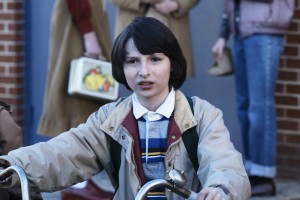 Streaming service Netflix claims to know exactly when its customers around the world become ‘hooked’ to its programmes.

The SVOD platform has continued research it began last year by adding 30 more series that have been viewed across six territories to the 20 series in 16 countries studied last year.

The new stats show Stranger Things, The Fall, The Get Down and Grey’s Anatomy take a viewer two episodes to commit to a programme, or watch it through to its season conclusion.

With Netflix viewing data never released, such information provides some insight into how the service is used. However, Netflix claimed there was “no correlation” between the ‘hooked episode’ and total viewers or season attrition.

“The hooked findings give us confidence that there is an appetite for original and unique content all over the world, which is why we’re excited to deliver variety in stories to our members, whether they’re political dramas from France or musical dramas from the Bronx,” she added.

The first round of research 12 months ago revealed Netflix subscribers were never hooked by a pilot episode, which is borne out in the findings from round two.