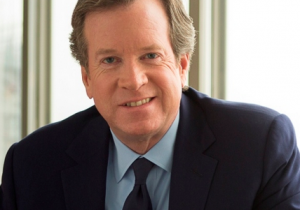 The interim president and CEO of Viacom, Tom Dooley, will leave the media giant on November 15, informing the board of his decision “to facilitate an orderly transition”.

The news came in an announcement that also revealed:

“These actions are designed to balance the company’s focus on a strong balance sheet and its strategy to invest in world class content and pursue opportunities to grow its core businesses,” the company said in a statement.

Viacom is expected to interview CEO candidates internally and externally, with the outgoing Dooley saying: “While this was a difficult decision for me, I have great admiration for our new board and I feel that they will be best able to execute on their vision for the company in the hands of a new president and CEO. I am certain that the board will make the most of the company’s extraordinary potential.”

Dooley has been president and CEO since August, when the long-serving but much-criticised Dauman was confirmed as leaving the business, and a new board was installed.

Dauman was the main cheerleader for selling a stake in Paramount to access cash, a plan that Viacom majority shareholder Sumner Redstone had vehemently disagreed with.

Viacom’s television assets include cable channels MTV, Comedy Central and Nickelodeon. It has a sprawling international operation that Bakish has led since 2007.

Resolution of the chief executive crisis will help Viacom regain the confidence of the credit market. Influential agency Moody’s in August said the firm’s outlook was negative due to weak performance and ““unprecedented corporate governance crisis”.

“The board believes Viacom has a product strategy that is among the best in the industry,” said Tom May, board chairman. “The steps we are taking will make the Company financially stronger and more flexible and will position Viacom to take advantage of future growth opportunities.

“I am pleased that Tom Dooley has agreed to stay on as interim president and CEO through November 15 to allow the board to conduct an orderly succession process.”