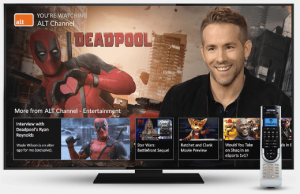 Shows including Daily Fix, Up At Noon, Game Scoop! and eSports Weekly.

Wurl TV distributes channels and on-demand content to the 60 million-odd internet-connected cable TV set-tops across the US.

The service went live in July, with a line up that included he Alt Channel, Streaming News Network, The Sports Feed, Baeble Music TV and the Popcornflix Channel.

“We’re thrilled to have IGN Entertainment join the Wurl TV Network,” said Sean Doherty, Wurl’s founder and CEO. “Our unique cable network is making it easier for online studios like IGN to take advantage of cable TV’s unparalleled reach and viewer engagement in a way that provides viewers with the convenience of linear channels and the unprecedented choice of popular on-demand apps.”