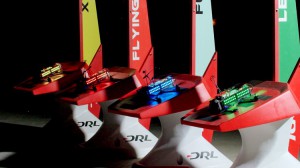 A raft of international TV and media players have invested in the Drone Racing League.

Yesterday pay TV platform Sky said it was sinking US$1 million into the Drone Racing League, and later in the day the DRL announced the other partners in its US$12 million funding round.

ProSiebenSat.1, MGM and A+E backer Hearst are among the investors.

As well as the US$12 million injection of funds, the DRL has secured broadcast and distribution deals with some of its new investors, as well as third parties,

“The world of drone racing is so incredible on every level that we wanted to be at the forefront telling the stories of these individuals and their passion for racing to an audience that will absolutely be transfixed by this sport, and this is just the beginning,” Burnett said.

The DRL’s races will also be shown on ProSiebenSat.1’s free and pay channels in Germany, as well as on ESPN in the US and Lat-Am.

On ESPN and ESPN 2 there will be an Intro to DRL show and then coverage of the 2016 season over ten one-hour shows.

ProSiebenSat.1, meanwhile, will show DRL races for the next five years and coverage will include the first ever German race. It is managing its investment through its 7Sports division.

DRL CEO/Founder Nicholas Horbaczewski said: “Having distribution and strategic agreements with ESPN, Sky and 7Sports will bring DRL to tens of millions of viewers around the globe while reflecting a collective commitment to DRL from the world’s best sport broadcasting companies.”