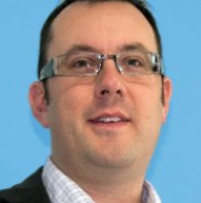 Some 92% of European consumers agree that changes need to be made to current online video advertising in order to improve the viewer experience, according to research by Brightcove.

According to the study, which polled 4,000 online video viewers in the UK, France and Germany, 67% would choose to stop watching content as a result of one of the following ad issues: irrelevancy, volume or poor delivery.

Some 73% said that they had experienced poor video ad delivery, such as buffering or failure to load, 74% reported having a “negative experience” with the content features in an online ad, while 51% said they were frustrated by the number of online video ads.

“At Brightcove we believe that consumers absolutely have the right to avoid broken, annoying and intrusive ad experiences but, at the same time, companies have the right to monetise and promote the content they put a lot of money into producing. The key to marrying the two is finding a balance – improving the user experience so they are more willing to accept ad content,” said Brightcove’s vice-president of EMEA, Mark Blair.

“It should encourage the industry that 66% of the consumers who participated in the study say they understand and agree that it is fair for publishers to use online ads to fund free content. But with only 11% saying they always have positive experiences with the online ads they are served, the room for improvement is clear.”

Among UK respondents to the study, 63% said that the amount of online video content they watched had increased in the last twelve months, with UK consumers spending an average of eight hours a week watching online video.

In Germany consumers spent an average of seven hours a week watching online video and in France the average was five hours. In both these markets 53% said the amount of online video content they watched had increased in the last twelve months.

In the UK, Germany and France PCs or laptops were still found to be the most popular devices for watching video content, followed by smartphones and then tablets.

Across all three markets, 82% of the respondents – who were all aged 18 and above – said they knew what an ad blocker is and 51% are using or have downloaded one.