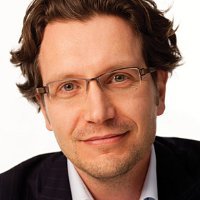 Vevo CEO Erik Huggers has ruled out making a play in the linear TV space and said that the firm is still committed to launching a subscription service, though would not give a launch date.

Speaking at IBC yesterday, Huggers highlighted the rapidly changing viewing habits of its core demographic and said that he’s “not convinced” Vevo should make the leap from digital to linear in the same way Vice has done with its Viceland channel.

“We want to focus on the future; we want to focus on internet-delivered services,” said Huggers, claiming that the only way a linear experience would work for Vevo if it was a tailored, personal music channel that fits the tastes of a particular viewer.

Huggers said that, for him, this year’s MTV Video Music Awards was like “the canary in the coal mine” for the broadcast industry. Vevo partnered with MTV to put performances from the show online, and while MTV’s linear broadcast saw its reach decline 34% year-on-year Huggers said that some of the show’s featured artists had a 1,400% lift in consumption on Vevo.

“This is the example that if you’re in the broadcasting industry you need to be worried about. You need to go ‘hang on a minute, these 18-49 year-olds are not watching linear television as much as they used to’ and it is going to accelerate much faster than anyone has predicted.”

Discussing the future direction of Vevo, the former Intel and BBC executive said that a Vevo subscription tier would help artists who feel that they aren’t being fairly compensated in a digital world, and claimed that this is where Vevo’s focus lies.

As part of this vision, Huggers described YouTube – where much of Vevo’s content has traditionally been watched and discovered – as a “flea market” and said he wanted Vevo to be more like a “specialty store”.

“While we love the flea market, it’s been extremely successful for us, we think there is a real need to build, right besides the flea market, an incredible specialty store that has meaning, that stands for something, that has an editorial voice and is a destination in its own right. That is, in a nutshell, what we’re going to do.”

While Huggers first teased Vevo’s plans to launch a subscription offering earlier this year, the executive would still not commit to a launch date, commenting merely that “it is something we are working on” and that scaling up its engineering organisation in order to do so is “non-trivial”.

Asked whether it would be a global or localised offering that rolls out to more markets over time, Huggers said that Vevo would “start with one or two big markets, figure it out and learn”.

“You ship a product, you look at the data, you adjust, you ship again, you adjust,” said Huggers. “It will be crawl, walk, run and I would say that the US is very high on our list.”

Giving an insight into Vevo’s current audience data, Huggers said that the split is roughly even between male and female viewers (54% men, 46% female) and is “very young skewing”. He said that 38% of the audience is aged 13-24, with another 35% aged 25-34, while Vevo’s average age across its audience is 33.

“These are exactly the types of people – in that age group – that are no longer watching linear television, or are starting to stop. They’re weening their way out of that ecosystem.”

In terms of engagement, Huggers revealed that viewers watch 79 minutes of Vevo per month. Though he conceded this is not a large number compared to linear television consumption, he said that considering a music video is roughly three or four minutes in length this equates to “quite a bit of engagement”.

He said that every video Vevo delivers has a completion rate, on average, of 70%. Vevo delivers roughly 900 million hours of content per month and in the last 18 months mobile has become the number one platform, with 65% of US views now from mobile devices.