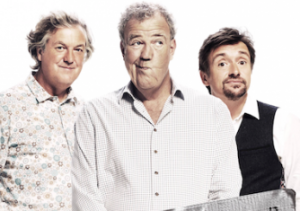 21st Century Fox has invested US$6.5 million in DriveTribe, a new digital venture from the former presenters and producer of Top Gear.

DriveTribe is billed as “the world’s digital hub for motoring”, which will use the concept of ‘tribes’ to create “community-augmented channels” that blur the “traditional demarcation between storyteller and audience”.

Each tribe will be hosted by Clarkson, Hammond and May – who soon launch their Top Gear rival The Grand Tour on Amazon Prime Video – along with invited stars, bloggers, writers and videographers.

Each will be tailored to the individual user and displayed as a social timeline.

DriveTribe claims more than “2,000 of the world’s biggest names, influencers and content creators in motoring have already submitted bids to host tribes”.

Fox becomes the latest investor in DriveTribe, after a Series A funding round three weeks ago saw the likes of Breyer Capital and Atomico buying in to the business.

Fox Networks Group CEO Peter Rice said Rupert Murdoch’s media group was “blown away” by the ingenuity of DriveTribe. “We’re excited to collaborate with the DriveTribe team on this new approach to digital content and to help them expand their business on a worldwide basis,” he added.

“It’s extremely pleasing to have 21st Century Fox take not of our venture, and we look forward to working with them on redefining how audiences discover and engage with content, through the use of technology and community,” said Schmitt, who is DriveTribe’s CEO.

Clarkson and his team left BBC motoring juggernaut Top Gear after an altercation with a producer. Amazon subsequently won a bidding war to finance and distribute a new series, which became The Grand Tour.

Clarkson, Hammond, May, Wilman and Schmitt, the co-founder of social platform Zeebox (renamed Beamly), are the co-founders of the Grand Tour producer W. Chump & Sons.