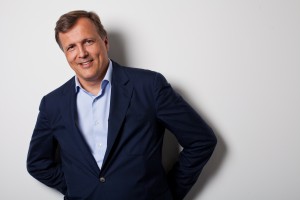 Luxembourg-based M7 Group has named former Zodiak Media CEO Marc Antoine d’Halluin chairman of the board as part of a broader management shakeup at the firm.

The pan-European satellite pay TV operator said the changes are designed to accelerate growth plans as the firm looks to develop its “content-centric approach”.

The company said that it wants to offer the “broadest and most appealing linear and on-demand content” for its customers via multiple media platforms, with d’Halluin to build up M7’s existing brands.

The international programming and content distribution veteran will also be tasked with adding TV channels and on-demand services that will both generate broad public interest and anticipate new content developments like eSports.

Prior to Zodiak he held CEO roles for Showtime Arabia, Orbit Showtime Network (OSN) in Dubai and Canal+ Nordic.

Troelstra has been COO at M6 for the past six years and is credited with helping to transform the company from a Benelux satellite platform operator into a multi-territory pay TV provider.

In his new role, Troelstra will continue to drive M7’s change from a DTH-only platform to a “fully hybrid platform”.

“With our enormous line up it is not always easy for customers to find programs,” said Troelstra. “Good content but not well known and hidden in our line up.”

Van Rooijen worked for more than 15 years for Tele2, the last 10 of which as CFO, taking a leading role in various acquisitions, strategic partnerships and divestments.

M7 group is controlled by French Private Equity firm Astorg and claims to have more than 3 million subscribers for its satellite and IP-based TV platforms.

The company uses different brands in different countries, including: CanalDigitaal and Online.nl in the Netherlands; TV Vlaanderen in Flanders; TéléSAT in French-speaking Belgium; AustriaSat/HD Austria in Austria; Skylink for the Czech and Slovak markets; and M7 Deutschland in Germany.