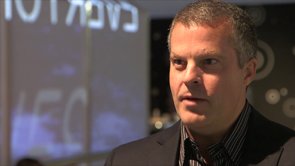 Rovi has appointed former Ericsson executive, Pete Thompson, as its new chief operating officer to oversee the integration of TiVo.

Thompson, who was senior vice president of Ericsson’s Mediaroom Business Group before he leaving the company in 2015, will report to Rovi’s president and CEO, Tom Carson.

Based in TiVo’s office in San Jose, Thomson will oversee the product integration of the combined Rovi-TiVo, after Rovi agreed to buy TiVo for roughly US$1.1 billion (€961 million) in April.

Rovi said that Burke is not able to relocate from East coast for personal reasons and has made the decision to leave the company. He will move to a strategic advisor role through to the end of the year to ensure a smooth transition.

“As Rovi and TiVo prepare to join forces as one company, Silicon Valley will become an even greater focal point for our product businesses and organisation, and the board of directors and I are extremely pleased that we’ll have a strong presence with Pete in the Bay Area,” said Carson, commenting on Thompson’s appointment.

“Upon closing of the TiVo acquisition, Pete’s initial focus will be on integrating the companies’ best-of-breed technological and product capabilities to take advantage of the tremendous opportunities and synergies formed by the new organisation.”

Thompson has more than 20 years experience working in businesses across a range of technologies and was most recently at Sonos. At Ericsson he was responsible for defining the future of home entertainment through the development of products for consumers, producers and carriers.

The Rovi-TiVo deal received clearance from the US Federal Trade Commission (FTC) and the Antitrust Division of the Department of Justice (DoJ) in July and is expected to close by the end of the third quarter.