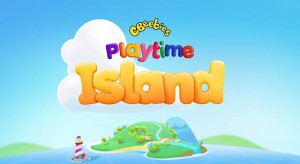 The BBC has launched a public beta group trial of its Cbeebies Playtime Island app, which is to be launched more widely for the iOS, Android and Amazon platforms later this year.

The app will feature new games, including games featuring characters from a number of CBeebies shows.

John Kearney, senior product manager for the app, said in a blog posting that the launch of the beta version of the app would enable it learn about its audience’s expectations on a wide scale.

The beta app contains two games – Furchester Food and Peter Rabbit Hop To It. users can provide feedback to the product team by pressing a feedback button on the app, which features a parental safety mechanism.

The Android version of the app caches HTML5 games on devices and plays them out in a web-view supported by Intel’s third-party Crosswalk libraries developed to enable users with older operating systems to view HTML5 games in a stable environment.

Kearney said that the iOS version of the app is being developed using Apple’s WKWebView platform for users with iOS version 8 or above. He said the BBC would review  the performance of the app on iOS version 10 later this year.

“As the sample size of our beta group increases, our intention is for the group to become a destination where suppliers commissioned to produce games can test their in-development games with real users,” said Kearney.

“We want to empower game producers to the make best possible experiences for our apps, and we believe this could be achieved by offering a feedback loop from a large number of users playing the in-development game in their own homes, on their own devices. On our roadmap for CBeebies Playtime Island, we will be introducing features which we hope will make the experience more fun and rewarding – including avatars, rewards for progress, and the ability to download new games into the app.”