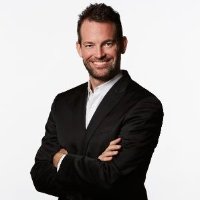 The SVOD service, which operates in Japan among other territories, is working on a live-action drama series based on the Bandai Namco Entertainment-produced [email protected] game series.

The show, [email protected], will be set in the Korean entertainment scene, and follows a group of girls who embark on a career in the industry.

Bandai Namco Entertainment developed the series, and will produce with Amazon and Interactive Media Mix (IMX).

“We are excited to be collaborating with Bandai Namco Entertainment and Interactive Media Mix to bring the first Korean Amazon original series globally,” said James Farrell, head of content, Asia Pacific for Amazon.

“The [email protected] is the perfect combination of Japanese idol culture and Korean drama power. The idols include K-Pop sirens as well as Japanese and other international singers, and we’re confident that The [email protected] fans and viewers will become addicted to watching their careers bloom.”

The series will stream exclusive on Amazon from early next year, with the series localized into several languages, including Japanese and English.

“Born as a game and beloved by many fans in Japan The [email protected] is about to evolve again with IMX,” said

series supervising producer at Bandai Namco. “The [email protected] has previously only existed in the fictional world, but now, in a fascinating experiment, it will become a live-action TV drama for the first time. It’s the story of girls overcoming problems they experience in society, maturing as idols, and making their dreams come true.

Amazon has been pushing heavily into Asian content, recently announcing 15 series including Kamen Rider Amazons, Hapimari and Alien vs. Shinnosuke.