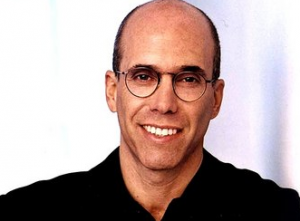 Comcast is set to go head-to-head with Disney in the kids and family sector after NBCUniversal completed its US$3.8 billion takeover of DreamWorks Animation.

The deal hands Comcast’s entertainment wing NBCU franchises such as Shrek, Kung Fu Panda and How to Train Your Dragon, online assets in the shape of multichannel operator AwesomenessTV, and a sprawling toon-focused kids business including distributor DreamWorks Classics.

Upon sealing an agreement with DWA in April, NBCU CEO Steve Burke said the deal would grow the Comcast business, which is best known as a cable operator, in film, television, theme parks and consumer products.

This puts more directly in competition with kids and family entertainment giant Disney.

Terms of the completed deal sees DWA stockholders receiving US$41 in cash per share of common stock, with the company no longer listed on the NASDAQ exchange as a result.

DWA CEO Jeffrey Katzenberg has made US$391 million from the deal, as he steps back from his role leading the Glendale, California-based company.

Katzenberg will be a consultant to Comcast and chairman of DreamWorks New Media, which will house millennials-focused digital content group AwesomenessTV and tech wing NOVA.

Comcast noted that as part of the deal, DWA redeemed an outstanding US$300 million principal from a 6.875% senior notes due on August 15, 2020. Owners will make 104.156% of the principal amount, plus accrued and unpaid interest to the redemption date.

Katzenberg founded DWA in 2004 after splitting from DreamWorks SKG, which he co-founded with Steven Spielberg and David Geffen.