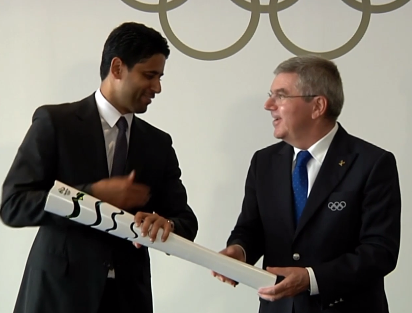 Middle East free and pay TV broadcaster BeIN Media Group has formalised its deal with the International Olympic Committee to be the exclusive broadcaster in the MENA region for the next four Olympic Games, starting with the 23rd Olympic Winter Games in Pyeongchang.

The pair have formally signed a deal agreed last year that see BeIN Sports become the exclusive broadcaster of the Olympics across the region, including the  Olympic Winter Games in Pyeongchang and Beijing in 2018 and 2022 along with the rights to the Olympic Games in Tokyo in 2020 and the Olympic Games in 2024.

BeIN has committed to air a minimum number of hours from both summer and winter Olympics on free-to-air TV.

Under the terms of the deal, the IOC and BeIN will also work closely together on the Olympic Channel, the dedicated channel that is scheduled to launch on completion of the Rio games.

“I am pleased to welcome our new broadcast partner in the Middle East and North Africa, beIN Sports. With its excellent track record in broadcasting, we believe that it will provide fantastic coverage across the region of each edition of the Olympic Games, including free-to-air television coverage. beIN Sports has also committed to providing unprecedented promotion of Olympic sports all year round, including significant support for the Olympic Channel in the future,” said IOC president Thomas Bach.

“We are extremely proud to sign this long term partnership with the IOC. The Olympic Games are the world’s most treasured sporting event. This agreement reinforces beIN’s position as the undisputed market leader in MENA and reinforces our commitment to providing the most compelling sport content across the region. This agreement shows our commitment to offer beIN Sports viewers the world’s best sports events year round.  We would like to thank President Bach and the IOC for committing to this long-term strategic partnership and we look forward to many years of working together,” said Nasser Al-Khelaifi, chairman and CEO of BeIN Media Group.