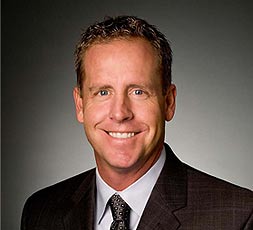 Moves to consolidate the US cable industry have taken another step forward with the acquisition of regional players RCN Telecommunications and Grande Communications by private equity outfit TPG Capital for US$2.25 billion (€2 billion).

TPG Capital acquired the operators in separate transactions  from Abry Partners for US$1.6 billion and US$650 million respectively. The company said it would combine the assets to create a new top 10 US cable company and regional market leader in next-generation high-speed data.

RCN Telecommunications operates principally in the eastern US, including Boston, New York, Pennsylvania and Washington DC, while Grande operates in Texas, including Dallas, Austin and San Antonio.

The private-equity company is teaming up with Patriot Media, the team led by chairman Steve Simmons and CEO Jim Holanda that currently manages both operators.

The deal is expected to close in the first quarter of next year, subject to closing conditions including regulatory approval.

“The way that content is distributed and consumed has evolved significantly in ways that create an overwhelming demand for affordable, high-speed cable networks. There is an unprecedented amount of diverse, creative content being produced that is extremely bandwidth intensive,” said David Trujillo, Partner at TPG.

“Consumers are craving access to that content through various internet-connected devices in the home all at once. This places never-before-seen demands on the underlying infrastructure. High-speed data has become, and will remain, the essential connection for both consumers and businesses. Both RCN and Grande are proven leaders in providing fast, affordable, and reliable data services. We look forward to partnering with the Patriot Media management team to invest in this critical communications infrastructure.”