Rewind: Every VR project is a learning experience 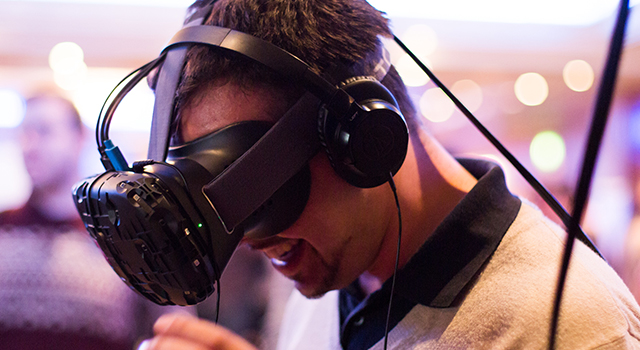 With the virtual reality space a mere three years old, every project is still a learning experience, according to Sol Rogers, the CEO and founder of VR agency Rewind.

Speaking at the Edinburgh Digital Entertainment Festival yesterday, Rogers said while the film industry has honed its skills over 130 years, and the games industry over 40 years, VR is in a comparatively nascent state, but has already made some important steps.

“The sad thing is, though, that every time we make a project we would do it differently if we did it again, because every single piece is a learning exercise. There’s no perfect piece of content yet. It’s an iterative process and we’ve only had three years to iterate, so it’s going to get better and better and better.”

Rogers said that the industry has to be careful at this stage, because the content being made will be formative in determining whether consumers embrace VR and invest in VR headsets.

“Bad content in any medium is still bad,” said Rogers, cautioning that VR in and of itself would not alter this, with the immersive nature of VR only likely to enhance a negative feeling towards a particular piece of content.

VR is the difference between “storytelling and story-living,” said Rogers who described the replacement, in this medium, of established cinematic language like close-ups and zooms with being transported to a particular place.

“We have 1.9 billion smartphone users in the world and all of them can enjoy 360 video. With 360 video docked with a piece of cardboard for a dollar, suddenly they can access VR. So it’s going to be a huge thing for the next few years.”

Rewind is a London-based creative agency and digital studio that has a background in post-production and specialises in VR and creative production. Among its projects is Home – A VR Spacewalk, a collaboration with BBC Science, BBC Learning and BBC Digital Storytelling that is expected to launch later this year.