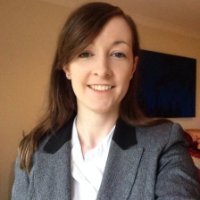 The adoption of 4K over-the-top services will rise dramatically in the next five years, climbing from 2.3 million unique users globally this year to 189 million by 2021, according to Juniper Research.

The research firm’s ‘Digital TV and video: Network and OTT strategies 2016-21’ report claims that, in the US alone, one in 10 residents will watch 4K content online in five year’s time – compared with just one in 500 this year.

This year has already seen the rollout of a number of 4K offerings, including hardware and services like Sky’s 4K-enabled Sky Q entertainment system in the UK. While the likes of YouTube, Netflix and Amazon already offer some 4K video, network providers have been “waiting for a critical mass of content to become available before launching their own 4K offer,” according to the research.

Connected TVs are tipped to be the “dominant channel” for streamed 4K content, though viewing will take place on a range of devices – including smartphones, tablets and PCs.

“The popularity of online video has seen the use of set-top boxes from vendors such as Roku and Amazon soar. However, delivery mechanisms for content have seen slower adoption, as the availability of 4K capable streaming devices is limited,” said Juniper analyst Lauren Foye.

“New device launches, such as the 4K capable Xbox One S this month, among others, are likely to spur a boost in 4K usage.”

Looking further ahead, Juniper said that 8K content is still “a long way from becoming mainstream” with 8K smart TV shipments expected to only reach some 400,000 units per year by the end of the forecast period.

Despite of this, Juniper said that the industry is likely to use the 2020 Olympics as an opportunity to drive sales of 8K smart TVs, with Japan seeking to broadcast these games in 8K.