SNL Kagan: next 10 years ‘upbeat’ for US cable market 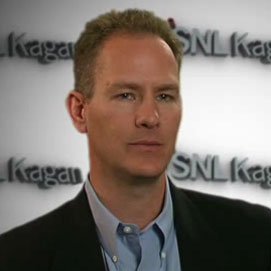 The next 10 years “look upbeat” for the US cable industry, with its broadband footing and ability to bundle expected to enhance revenues, according to SNL Kagan.

The research firm said that the 10-year outlook is “bright” for the US cable market, despite an anticipated decline in video subscriptions.

Basic video subscriptions are projected to drop by a compound annual growth rate (CAGR) of 1.5% to 45.4 million by 2026, according to the report.

Combining basic cable and advanced services, SNL Kagan predicts total revenues from residential video services will fall at a CAGR of 0.5% over the next 10 years,

However, broadband subscriptions are forecast to grow by more than 8 million over the next 10 years, reaching 71 million.

“Like many industries, cable isn’t immune to shifting preferences, but continued growth in broadband may propel revenue growth on both the residential and commercial end,” said SNL Kagan researchers, Tony Lenoir and Ian Olgeirson.

“Despite ongoing declines in video, the next 10 years look pretty good for this sector.”