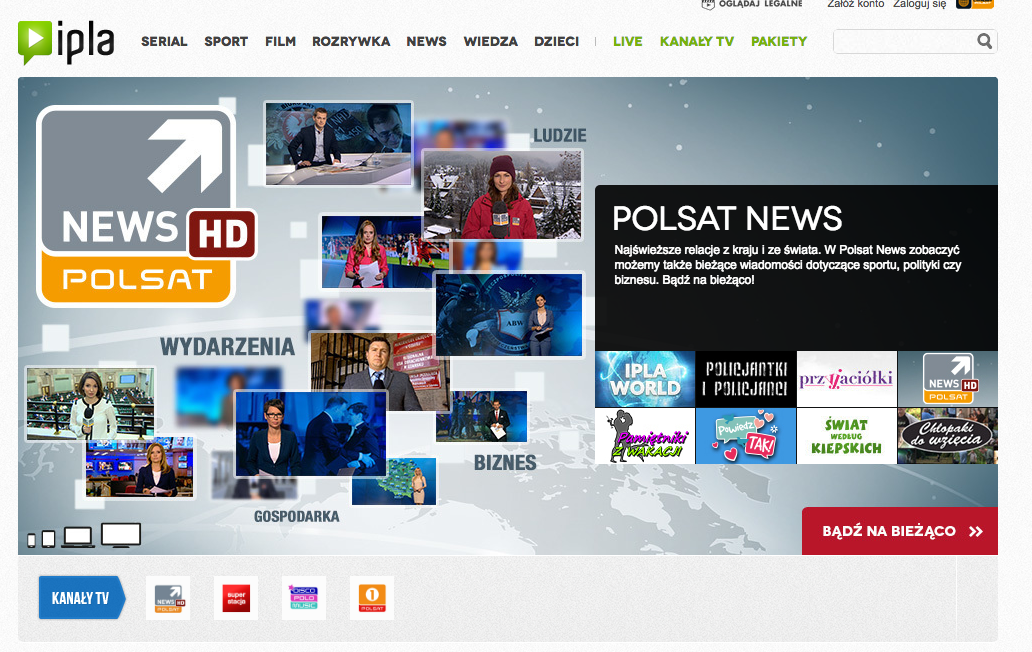 Polish commercial broadcaster Polsat Group has added a raft of 31 new channels to its Ipla OTT service, expanding the offering to 77 services across seven packages.

Polsat is marketing the expanded channel line-up within seven revamped packages. These are Ipla Knowledge and News, Ipla Films and Series, Ipla Entertainment, Ipla Kids, Ipla Sport and Ipla Eleven Sport. Most are available for PLN9.90 a month with discounts available to subscribers of Cyfrowy Polsat and Plus. Ipla Films and Series and Ipla Sport each cost PLN19.90 a month, while Ipla Eleven Sport costs PLN15.

Kinga Ciukta, development director for online services at Cyfrowy Polsat, said that the expansion of the service was a strategic move that reflected the changing ways in which users were consuming video content.

Ipla is available via any ISP in Poland, and can be viewed on computers, smartphones, tablets, set-tops and selected smart TVs.

The service competes with other OTT offerings in the Polish market including Player.pl from its main rival broadcast group, TVN, which has attempted to expand its appeal by commissioning a number of online original series.